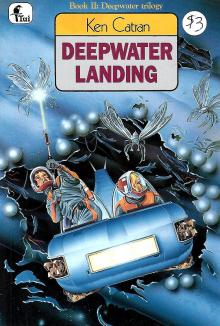 The biggest flaw with this book is that it tastes and smells and feels like a nineties young adults book. The biggest flaw with the nineties was the decadent sense of style – this book reads like that pair of neon-striped shorts that I used to always wear to school with the tie-dye shirt my crazy Aunt made for me; colourful, flambouyant and pointlessly stylistic, but like those neon clothes, this book didn’t keep me warm or comfortable: there was not enough substance to make it endurable, and when the colours faded after the last fatal wash, I was secretly relieved.

The story can be summarized thus: a ship crewed by teenage clones of living teenagers from a long time ago must explore the universe, searching for their ship’s namesake that carries the gene bank to restart life on Earth while alternating between numerous space-conflicts involving various aliens or dealing with various space phenomenon, or just plain dealing with teen angst in close quarters. In space. And sometimes the characters ‘prex’, stepping out of consciousness and re-living the memories of the people they were cloned from… except the memories are interactive and can be altered to affect the outcome of the future… it’s a potentially awesome idea that wasn’t quite fleshed out by the author and, like one of the signature alien monsters in the book, was just ‘trite’.

Don’t get me wrong, there was an engaging sense of story here – there was a suggestion of something epic waiting to happen, but the plot was filled with distractions and confusing story arcs that would have made more sense if the author hadn’t written with the assumption that the reader had already read the previous book. There were some visually neat concepts which were unique, and I can appreciate that, but the science that went with them was seriously understated or assumed and often made no sense, and this distracting confusion kept pulling me out of the story.

The characters were generic; but that is fine for a young adults book. YA want their expectations met when they read a book, and thus they do tend to be archetypal and formulaic, but I think this let the book down. Catran is clearly an accomplished writer and his story telling is highly imaginative; perhaps this story would have been better set for an adult fiction market or perhaps expanded into a quadrilogy; a little more time could easily have been spent on establishing some clearer rules on how this universe functions.

The book itself was lovely – the cover and pages are made of quality paper and card – it looks and feels crisp and the words are very easy to read. The Tui imprint by HarperCollins publishers, New Zealand, did a fantastic job when they produced this version of the book. There are plenty of inaccuracies and plot holes, and the overall feel of the book is immature and unfinished, but that aside, it was still an enjoyable read. This book would definitely have more appeal to a less critical or judgmental audience.

Ken Catran (born 1944) is a New Zealand Author with numerous awards for his children’s books and  is most well known for the Deepwater trilogy and his contributions to local serial drama, Shortland Street. Any article on Catran would be remiss not to quote his most famous line: “You’re not in Guatemala now, Dr Ropata.”

Please share or reblog this review it you enjoyed it.